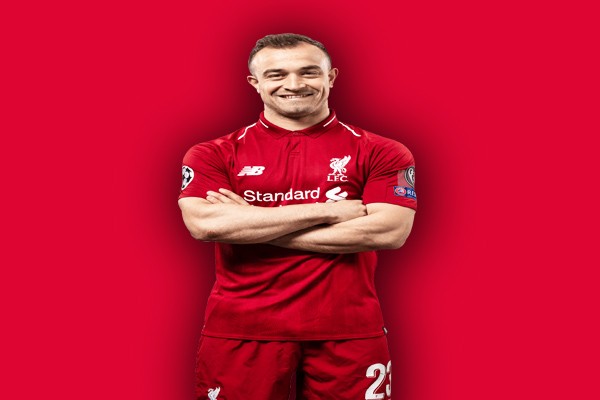 Who is Xherdan Shaqiri

This Swiss football star was born into a poor family on 10 October 1991 in Gjilan, SFR Yugoslavia. His father’s name is Isen Shaqiri and his mother’s name is Fatime Shaqiri. His parents were Kosovar Albanian. They immigrated to Switzerland in 1992 when this footballer was only one year old. In Switzerland, his father worked in a restaurant before working construction on roads.

On the other hand, his mother Fatime Shaqiri worked as a cleaner in office buildings. Sometimes Little Xherdan helped his mother with the work. He has two brothers Erdin Shaqiri and Arianit Shaqiri. In addition, he has a sister Medina Shaqiri. He grew up with siblings in Switzerland. This football player began his youth career for SV Augst in 1999 when he was only eight years old.

Xherdan Shaqiri Salary and Net Worth

Hello visitors, Always we try to give you the right information, in this case, we may have made a mistake. Hopefully, you will forgive these mistakes. If you know more information about the Swiss soccer star Xherdan Shaqiri biography, you can comment here. Your Valuable information and Ideas can make our website more beautiful and useful.