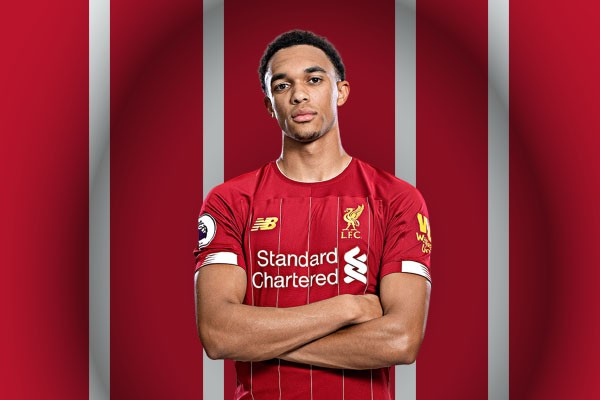 Who is Trent Alexander-Arnold

This English defender made his professional career for Liverpool on 25 October 2016 against the Tottenham Hotspur. I addition, this English football genius made his international debut for the England national team in a friendly match against Costa Rica national team on 7 June 2018. He scored his first international goal for this team on 15 November 2018 in a friendly match against the United States at Wembley Stadium in London, England.

This English soccer star was born into a middle-class family on 7 October 1998 in Liverpool, England. His father’s name is Michael Arnold ad his mother’s name is Dianne Alexander. Trent is the second son and the second child of his family. He has an elder brother Tyler Arnold and a younger brother Marcel Arnold. Tyler Arnold is four years older than him and Marcel Arnold is three years younger than him. In addition, he s the nephew of the former professional footballer and the former Manchester United club secretary, John Alexander.

This talented defender attended St Matthew’s Catholic School. Then he enrolled in St Mary’s (Roman Catholic educational school). When this football star was 14 years old, he enrolled at Rainhill High School. This footballer started his youth career for Liverpool FC in 2004 when he was only six years old.

Hello visitors, Always we try to give you the right information, in this case, we may have made a mistake. Hopefully, you will forgive these mistakes. If you know more information about the soccer star Trent Alexander-Arnold biography, you can comment here. Your Valuable information and Ideas can make our website more beautiful and useful.