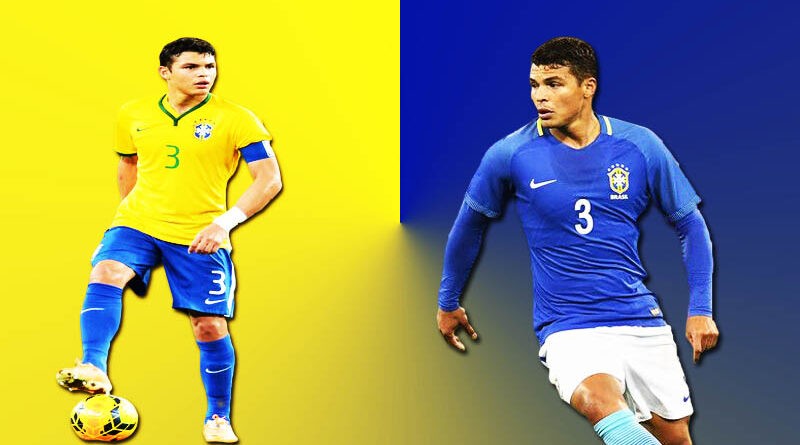 Thiago Emiliano da Silva is commonly known as Thiago Silva, simply know as da Silva. He is a Brazilian professional football player. He plays as a central defender for the French professional club Paris Saint-Germain and the Brazil national team.

He made his professional for the Bazilian football club RS Futbol. He played for this club from 2002 to 2003 and scored 2 goals in 25 appearances. In addition, Silva played for Juventude, Porto B Dynamo Moscow ( loan ), and Fluminense. In 2009, he moved to Italian professional football club A.C. Milan for a €10 million fee, with net wages of €2.5 million on a four – year contract. With Milan, he won Serie A (2010-11) and Supercopa Italiana in 2011. Then he moved to Paris Saint-Germain in 2012 and he is playing for this team still now.