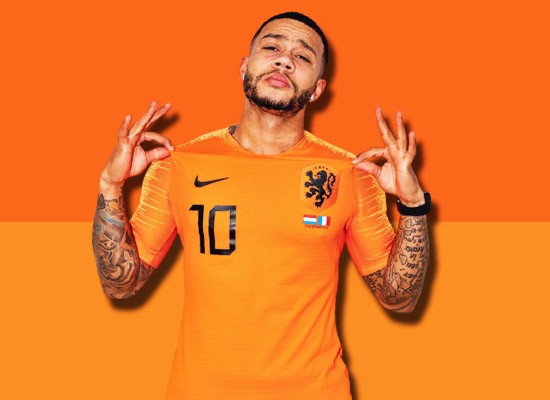 Who is Memphis Depay

Memphis scored his first international goal for his team on 18 June 2014 in the competitions of the 2014 FIFA World Cup Australia national team and became the youngest Dutchman to score a goal at the FIFA World Cup. In addition, this Dutch brilliant footballer scored his second international goal against Chile national team on 23 June 2014 in the same competition.

He grew up in his maternal grandparent’s house. His grandfather loved him very much and motivated him to learn the football game. In his childhood, he played football on the street with other kids. This talented footballer started his youth career in 2000 for w Moordrecht when he was only six years old.

Memphis Depay Salary and Net Worth

Hello visitors, Always we try to give you the right information, in this case, we may have made a mistake. Hopefully, you will forgive these mistakes. If you know more information about the Dutch soccer star Memphis Depay biography, you can comment here. Your Valuable information and Ideas can make our website more beautiful and useful.