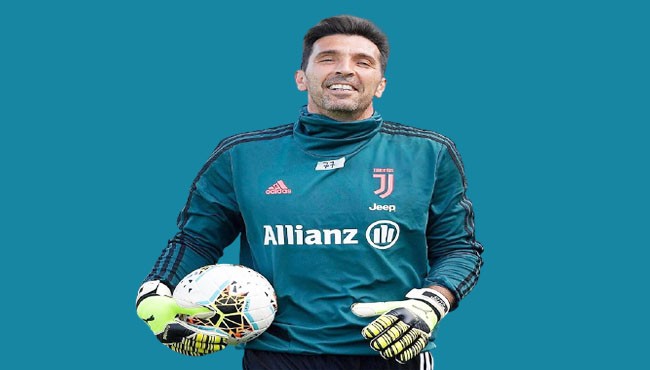 Who is Gianluigi Buffon

Full name Gianluigi “Gigi” Buffon but commonly known as Gianluigi Buffon. He is an Italian professional footballer. He played as a goalkeeper for the Italy national football team from 1997 to 2018. This Italian stopper made his international career for the Italy national team on 29 October 1997 in the competitions of 1998 FIFA World Cup Qualification play-off against Russia as an injury replacement for Gianluca Pagliuca.

This brilliant footballer is known for his clean sheets, hardworking, and techniques and worldwide regarded as one of the greatest goalkeepers in the world. Representing Italy, he won the FIFA World Cup in 2006 against France and he helped his team to reach the final of the UEFA Championship in 2012. Not only that, this Italian greatest goalkeeper won the UEFA European Under-21 Championship in 1996 against Spain and won the Mediterranean Games in 1997.

This Italian legendary footballer was born into a sport-loving family on 28 January 1978 in Carrara, Tuscany, Italy. His father’s name is Adriano Buffon and his mother’s name is Maria Stella. His dad Adriano Buffon was a weightlifter and his mother was a discus thrower. He has two sisters Veronica and Guendalina both were professional volleyball players and they played for the Italy national volleyball team. He has an uncle Dante Masocco who was a professional Basketball player. The greatest Italian former goalkeeper Lorenzo Buffon is also a cousin of Gianluigi’s grandfather. This football star started his youth career for the Italian football club Parma in 1991. He started his career as a midfielder like David de Gea. In the next, he changed his position midfielder to the goalkeeper because his idol Thomas N`Kono inspired him very much.

Hello visitors, Always we try to give you the right information, in this case, we may have made a mistake. Hopefully, you will forgive these mistakes. If you know more information about the Italian all time greatest goalkeeper Gianluigi Buffon biography, you can comment here. Your Valuable information and Ideas can make our website more beautiful and useful.