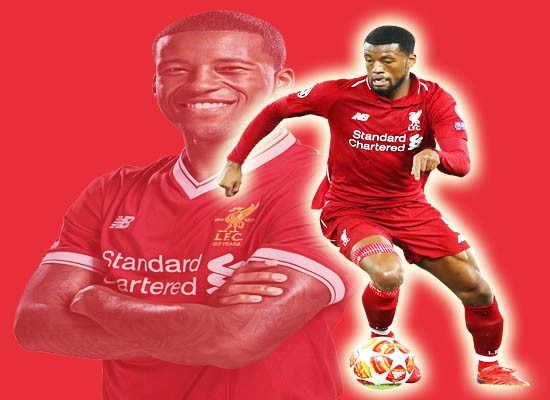 Who is Georginio Wijnaldum

This Dutch midfielder made his professional debut for the Dutch professional football club Feyenoord on 8 April 2007 against Groningen at the age of 16 years 148 days. As a result, he became the youngest player ever to play in Feyenoord’s first team. He scored his first professional goal for this team against Heracles Almelo on 2 December 2007.

This Dutch football star was born into a middle-class family on 11 November 1990 in Rotterdam, Netherlands. His father’s name is Ramon van La Parra and his mother’s name is Maureen Wijnaldum. His father and mother both are Surinamese. When Georginio was only six years old, his parents divorced from one another and his mother moved to Amsterdam. So little Georginio decided to stay with his grandmother in Rotterdam. He has a younger brother Giliano Wijnaldum and a half brother Rajiv van La Parra. Giliano Wijnaldum and Rajiv van La Parra both are professional footballer.

In his childhood, little Wijnaldum had no interest in football. He wanted to become a gymnast or acrobat. When his cousin asked him to come to Sparta Rotterdam opening day with him. Then he was invited to the Rotterdam youth academy and his love for football started to grow slowly. This footballer started his youth career for this team in 1997.

Georginio Wijnaldum Salary and Net Worth

Hello visitors, Always we try to give you the right information, in this case, we may have made a mistake. Hopefully, you will forgive these mistakes. If you know more information about the Dutch soccer star Georginio Wijnaldum biography, you can comment here. Your Valuable information and Ideas can make our website more beautiful and useful.