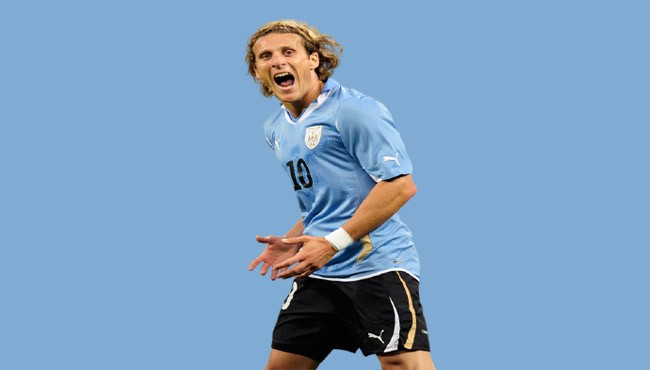 Who is Diego Forlan

This Uruguayan football star played for the Uruguay national team from 2002 to 2014 where he scored 36 goals in 112 appearances. Representing, Uruguay he won the Copa America in 2011 against Paraguay national team. Individually, he won the Pichichi Trophy in 2004 – 05, 2008-09 and won the European Golden Shoe in 2004-05, 2008-09. He also won the FIFA World Cup Golden Ball and FIFA World Cup Goal of the tournament in 2010. In addition, this Uruguay genius footballer won so many awards in his football career.

This Uruguayan talented was born into a sports-loving family on 19 May 1979 in Montevideo, Uruguay. His father’s name is Pablo Forlan and his mother’s name Pilar Corazzo. His dad Pablo Forlan was a professional footballer who played as a defender for the Uruguay national team and several professional football clubs such as Penarol, Sao Paulo, Cruzeiro, Nacional, and Defensor. On the other hand, his maternal grandfather, Juan Carlos Corazzo is a former professional football player who played for the Argentine football club Independiente. Diego Forlan has a sister Alejandra Forlan who is an Uruguayan psychologist, lecturer, and activist. This footballer started his youth career for the Uruguayan sports club Penarol in 1990 when he was 11 years old.

Hello visitors, Always we try to give you the right information, in this case, we may have made a mistake. Hopefully, you will forgive these mistakes. If you know more information about the Uruguayan soccer star Diego Forlan biography, you can comment here. Your Valuable information and Ideas can make our website more beautiful and useful.