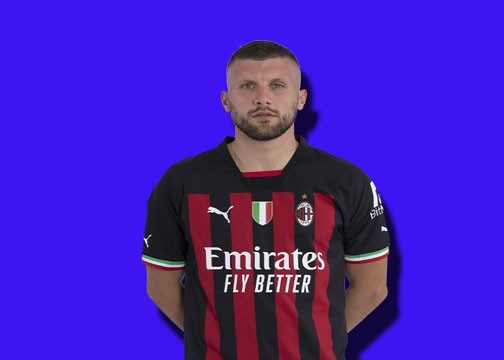 Who is Ante Rebic

Full name Ante Rebic but commonly known as Rebic. He is a Croatian professional footballer. He plays as a winger or second striker for the Croatia national football team and the Italian professional football club or Serie A club A.C. Milan. This football player is known for his physical strength, hardworking, dribbling, and running speed. He was the second-fastest player in the Bundesliga alongside Archraf Hakimi after clocking at 21.81 mph while playing for Eintracht. In addition, he was the fastest player at the 2018 FIFA World Cup alongside the Portuguese football star Cristiano Ronaldo after clocking at 34 km/h.

This Croatian forward made his professional career debut for the Croatian professional football club RNK Split on 21 May 2011 against Dinamo Zagreb. Rebic made his international career debut for the Croatia national team on 31 July 2013 in a friendly match against the Liechtenstein national team. In that friendly match, this brilliant footballer scored his first international goal for his team. In addition, he scored his second international goal against the Argentina national team on 21 June 2018 in the competition of the 2018 FIFA World Cup.

This Croatian football star was born into a middle-class family on 21 September 1993 in Split, Croatia. His father’s name is Bosko Rebic and his mother’s name is Nedilijka Rebic. There is no information available about his father and mother’s professional information. He has two sisters Marija Rebic and Catherine Rebic. He holds Croatian nationality and began his youth career for Vinjani in 2002 at the age of nine.

Ante Rebic Salary and Net Worth

Hello visitors, Always we try to give you the right information, in this case, we may have made a mistake. Hopefully, you will forgive these mistakes. If you know more information about the Croatian soccer star Ante Rebic biography, you can comment here. Your Valuable information and Ideas can make our website more beautiful and useful.